In 2012, my final major project, for my Foundation of Art and Design course, was based on “The Raven” by Edgar Allan Poe. I was going through a “make all my art dark” phase, read the darkest of dark poems I could find, I based the project before this one on poems by Emily Dickinson, so I was going in hardcore.

I did a few drawings and paintings, used all my black paint and pens, took a lot of photographs of my friends at the time posing and made this monstrosity. I may be a little hard on myself now, but at the time I was pretty impressed with how it turned out. I am actually cringing at how much ball point pen I was using, which I have not used in a very long time due to discovering the felt tip pen brand ‘Staedtler’. I only learned how to use Photoshop a few months prior to the project, so I would like to apologise for the bad editing.

The poem tells a story about a man being psychologically tormented by a Raven that keeps repeating “Nevermore”. This reminds the man of his dead paramour “Lenore” and all he has lost. I found this poem interesting, other than the fact that it was dark, because the man simply takes this bird as a symbol of every wrong in his life. I could list all the symbolism I got from the poem, but I think I’ll just post a blog of the sketchbook I worked on for the project. (Or at least pick out the best pages, its a very big sketch book.) 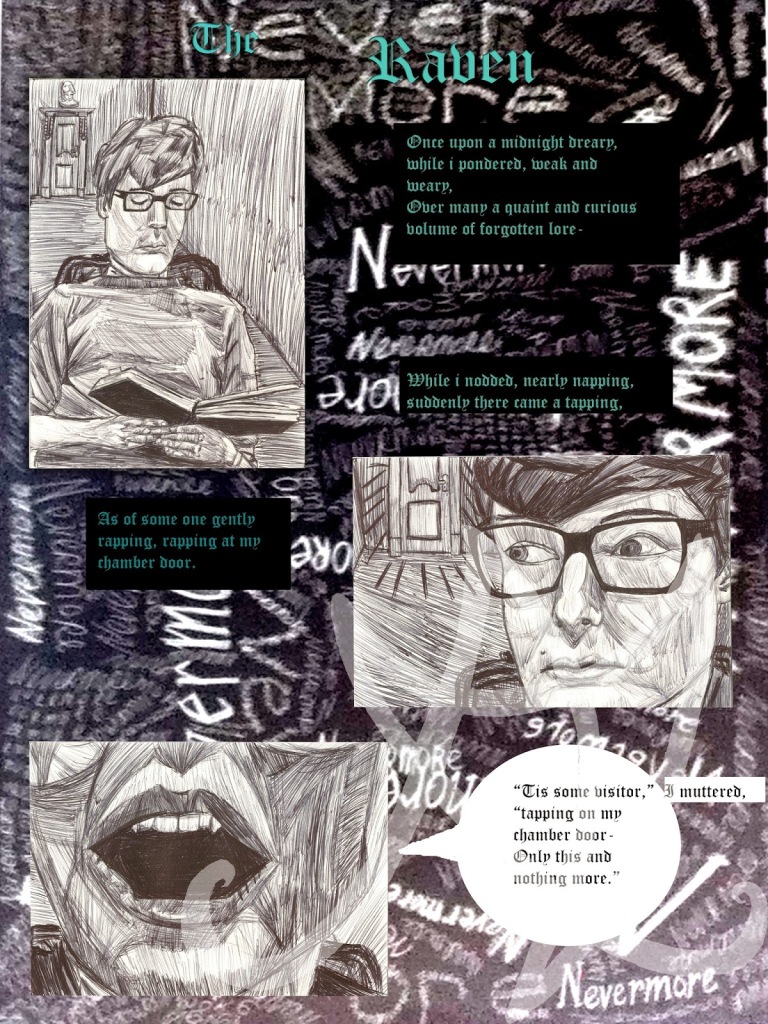 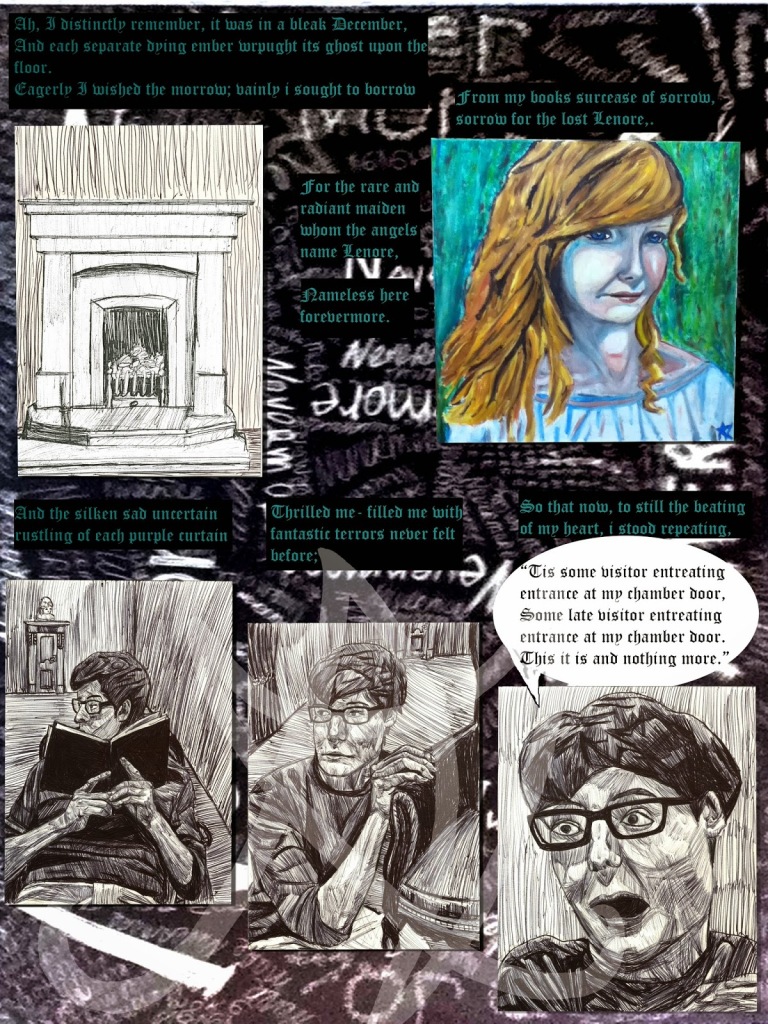 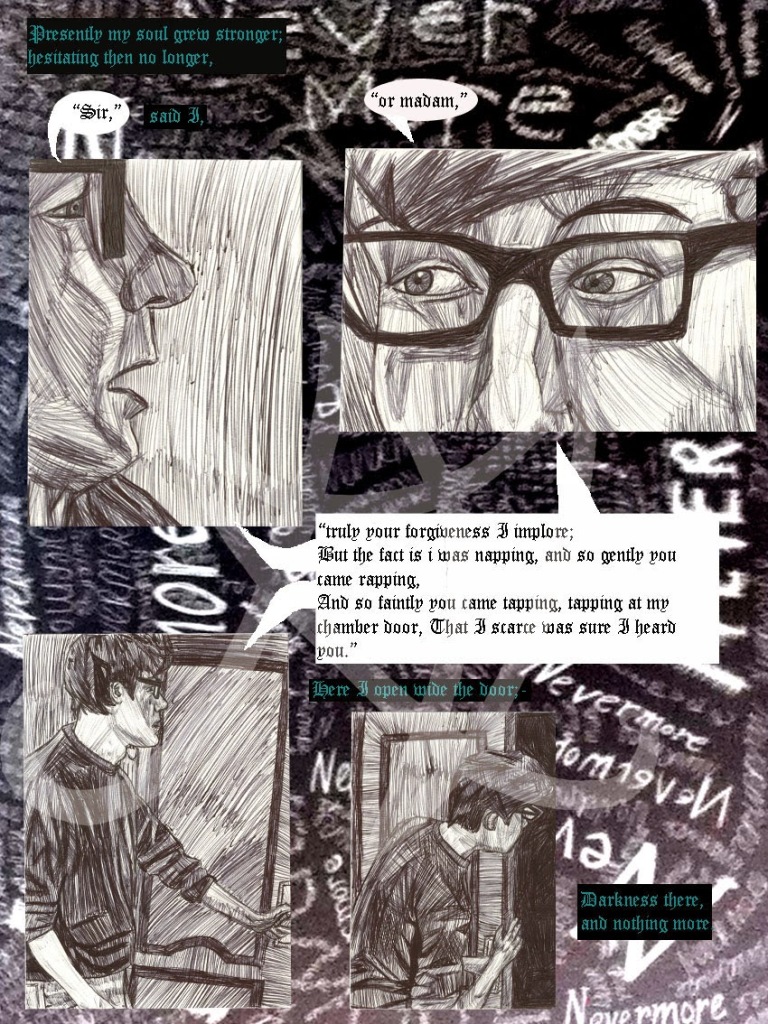 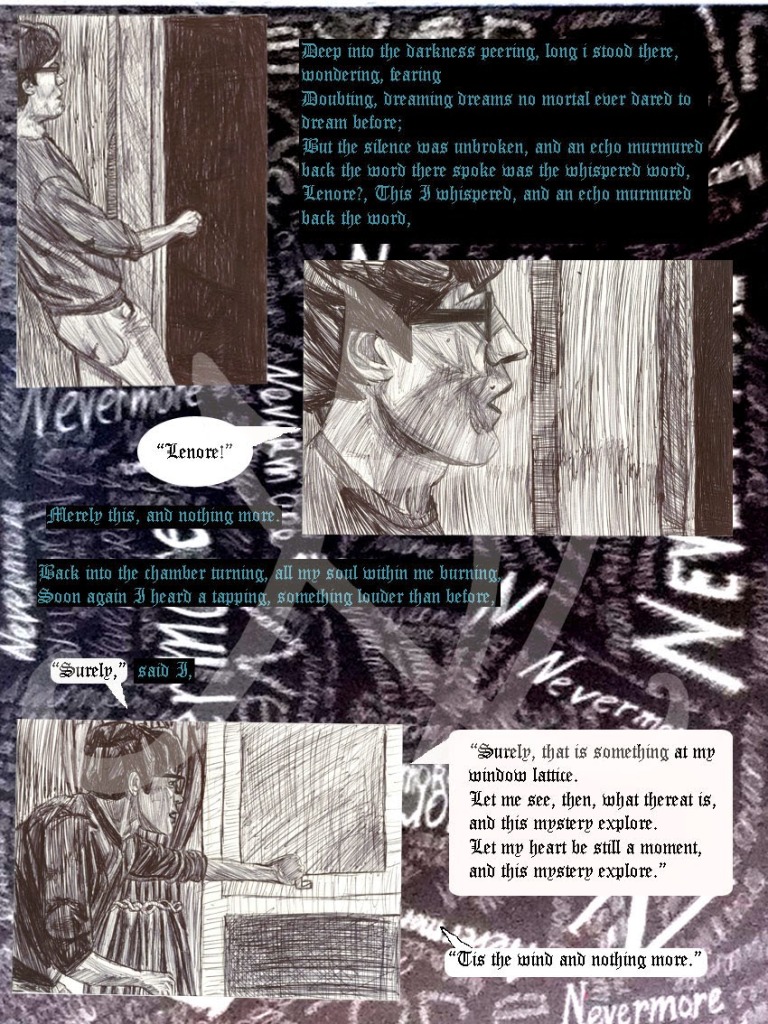 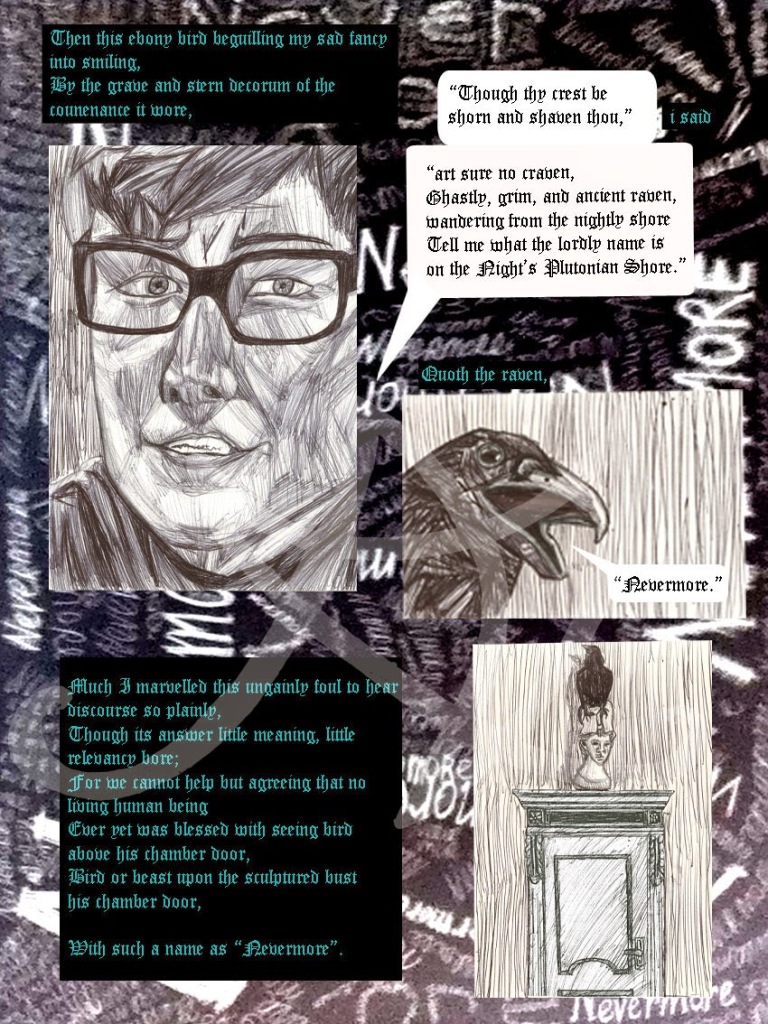 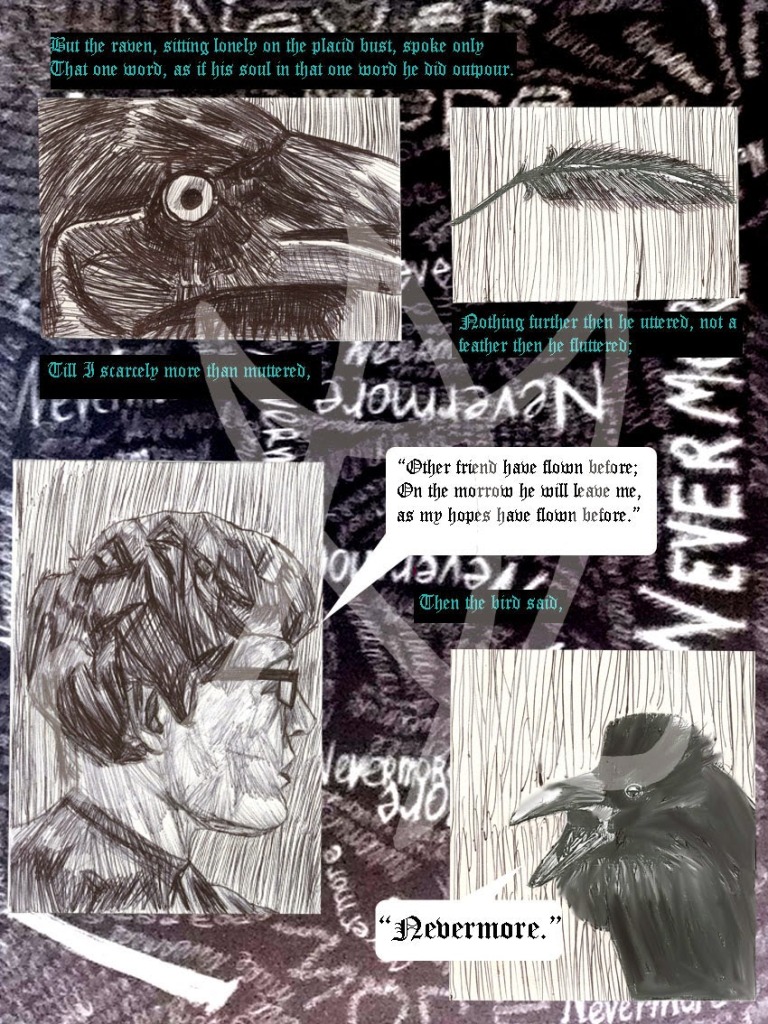 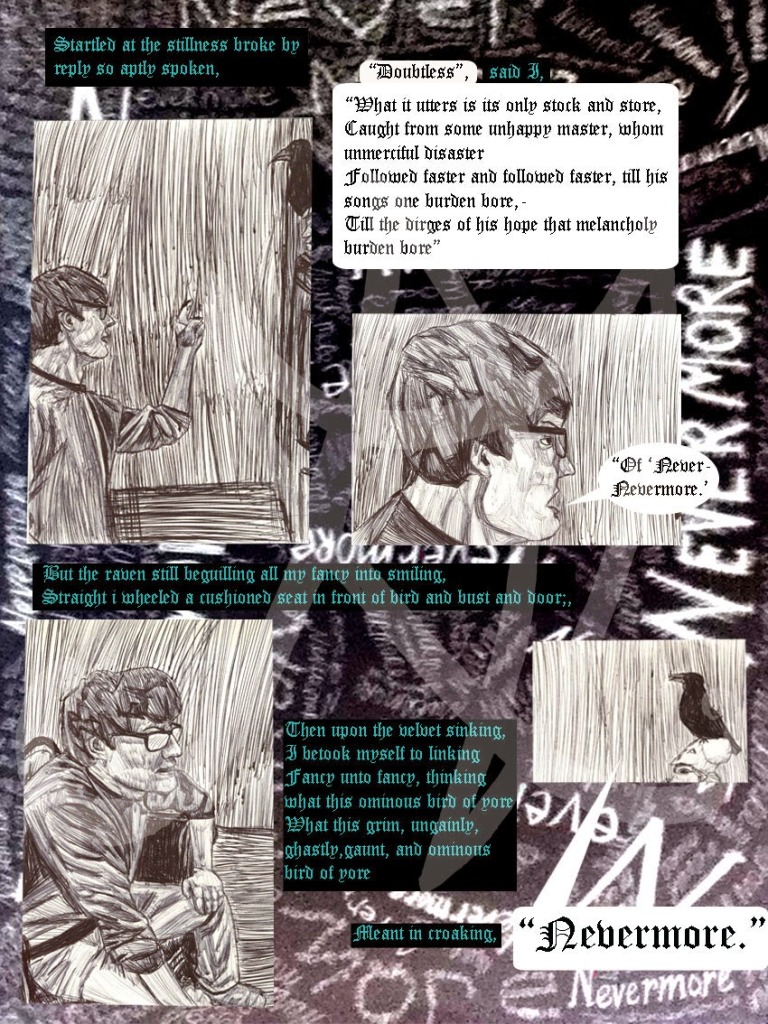 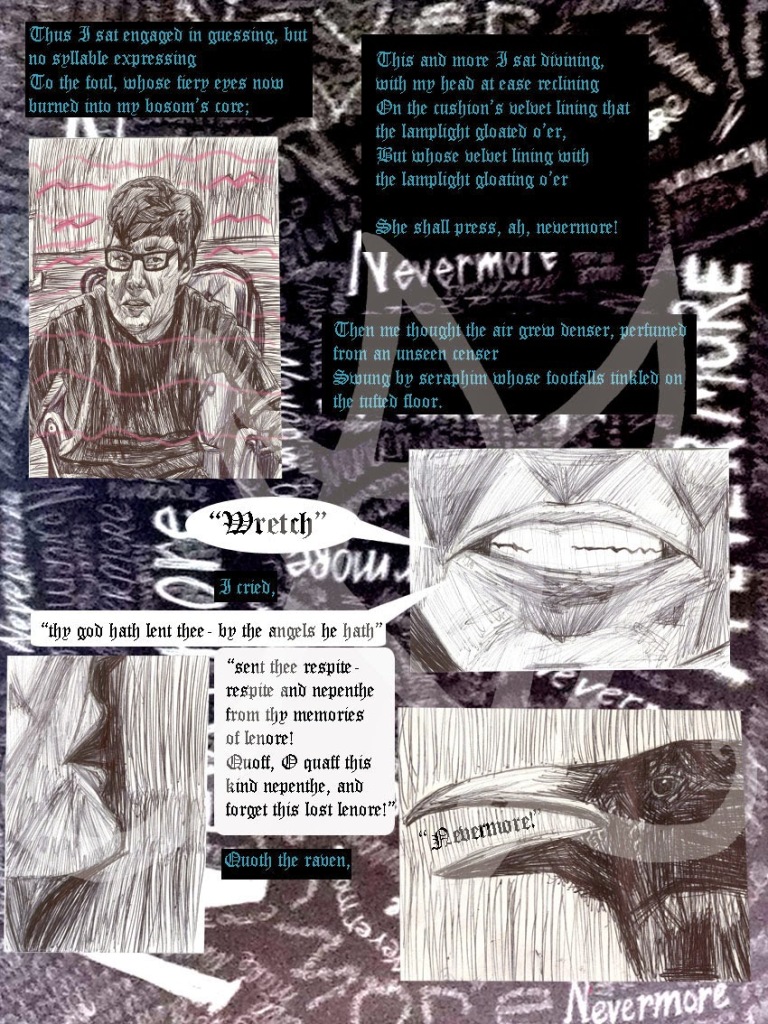 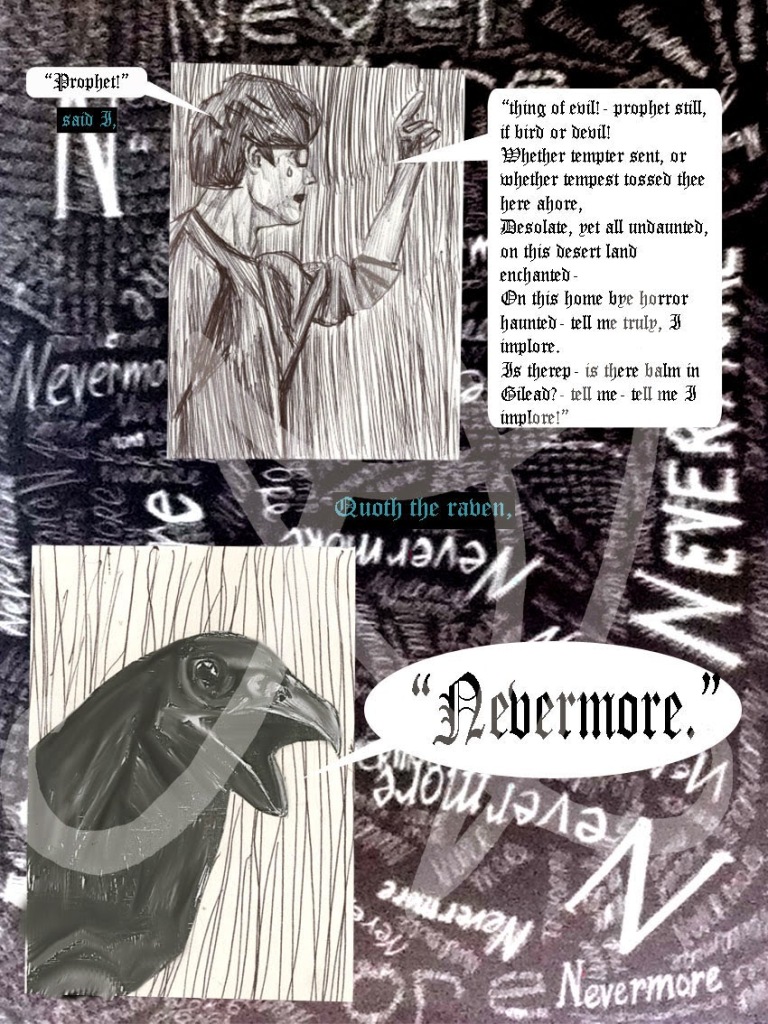 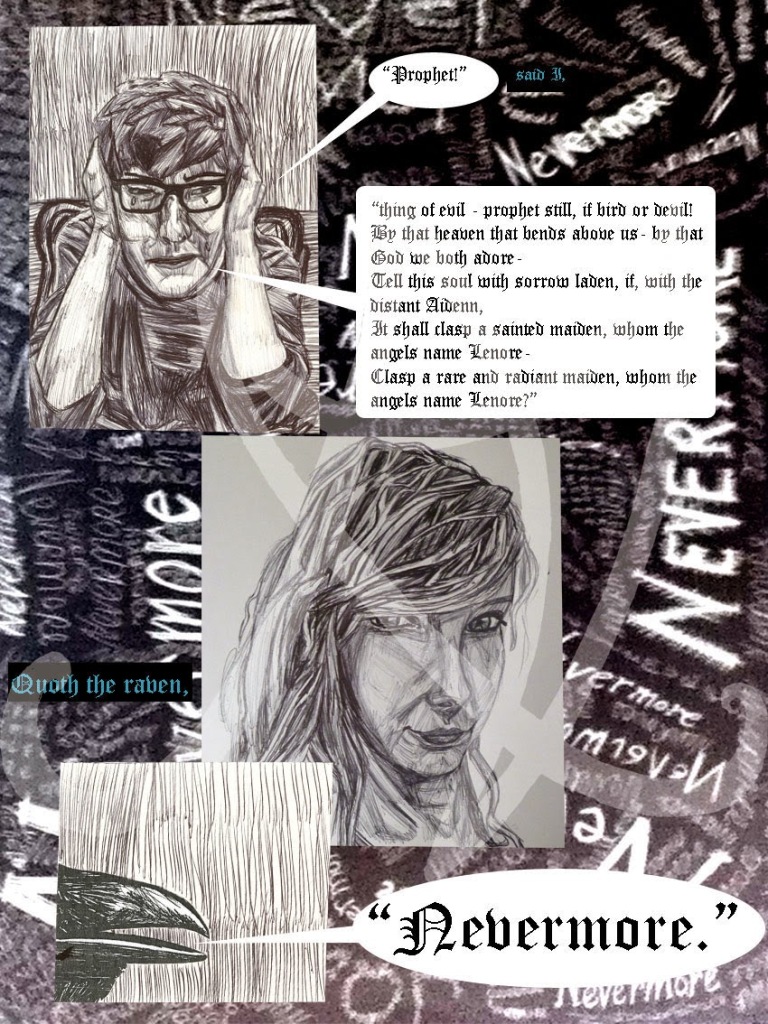 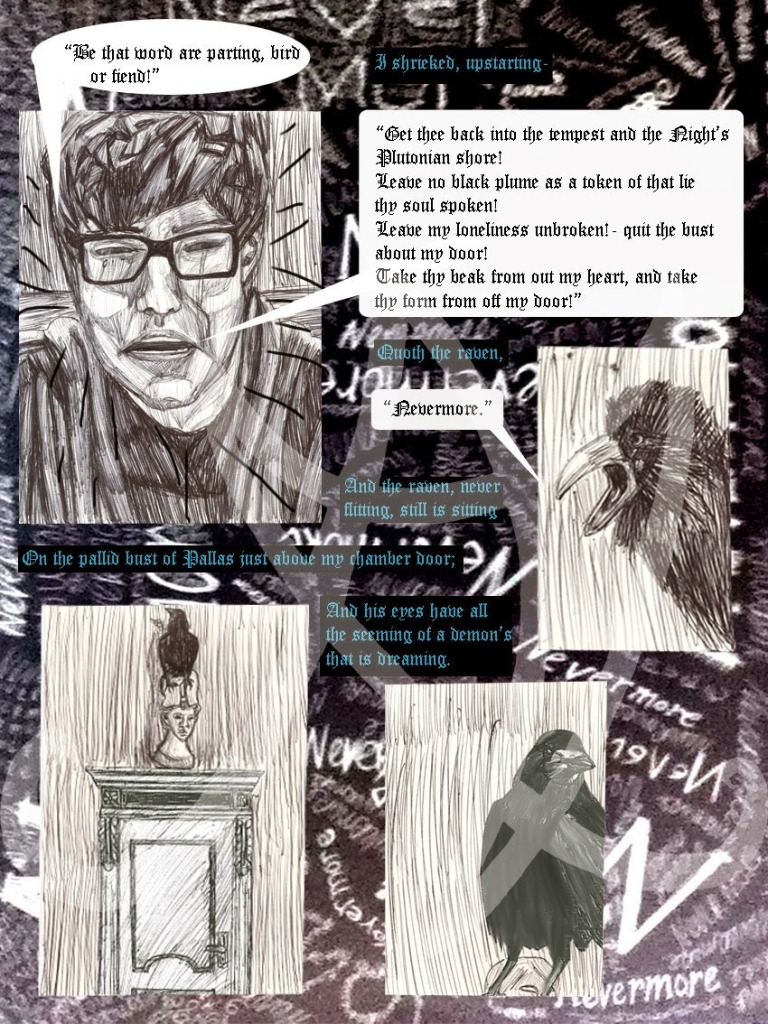 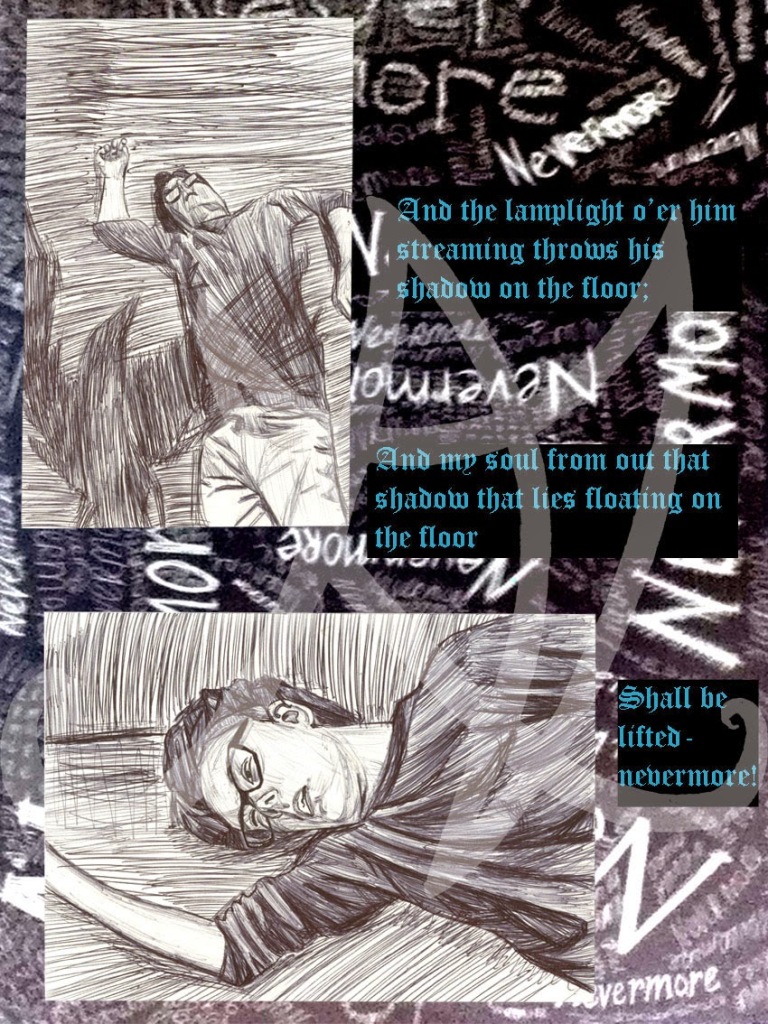 View all posts by inkyandthepen

1 thought on “The Raven by Edgar Allan Poe – Comic”

About Inky and the Pen

Inky and the Pen was created by artist Aine Kelly, Fine Art graduate and aspiring illustrator.

She is based in Donegal, Ireland. Her work is available to purchase on Redbubble, Society6 and Etsy (coming soon).